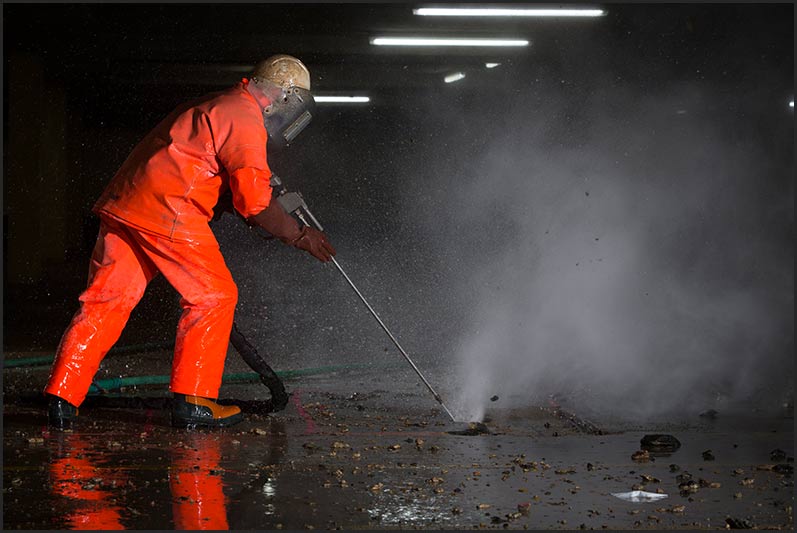 A Southern Water metered standpipe was provided and connected to the nearest wash out point. Water supply hose was run out from the wash out point to the job by Sabre via drainage channels under the road. One of Sabre’s tanker units was used for each phase of the works to act as a static tank and jetting unit ensuring that the water supply was sufficient to keep all the crews on site working throughout each day with no stoppages.

The project was carried out in five phases with two large sections of each pier to be removed in each phase equating to 164m3 in total. Each phase had to be completed in eight days meaning that a production of 4m3 was required each day. This was achieved using two jetting crews for the majority of the works. At the request of Carillion, a third crew was provided for short periods to allow for alterations to their phasing of the works.

Sabre Jetting Services Ltd utilised one of their fleet of Siltbuster HD Units in order to pH correct and filter the run-off water on the project. The water was treated to a quality high enough for the Environment Agency to allow it to be discharged to the ground nearby. Clearance & Disposal of Debris.

Due to the high volumes of concrete being removed during relatively short periods, the clearance of the resulting debris proved to be a challenging part of the process. Sabre Jetting Services Ltd provided the labour to clear the debris during the evenings following jetting shifts carried out during the day. An automated conveyor was provided in order to supplement the human efforts and the immense quantities of debris were loaded into skips for disposal. Despite the scaffold layout making it difficult to retrieve the debris, the task was completed successfully.

The full hydro-demolition package was provided on time and successfully with Sabre Jetting Services Ltd employees helping to maintain the overall project programme by assisting in other areas of the contract outside of their original scope of works. 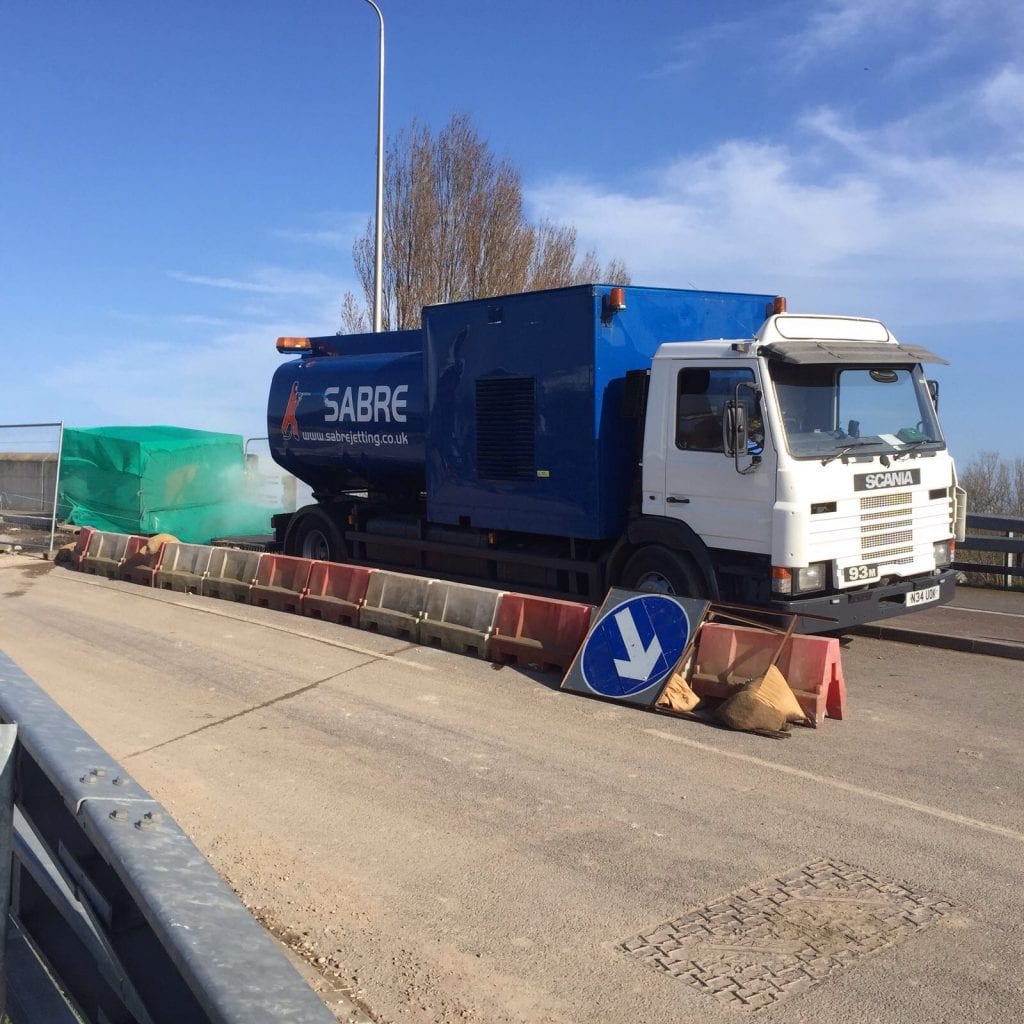 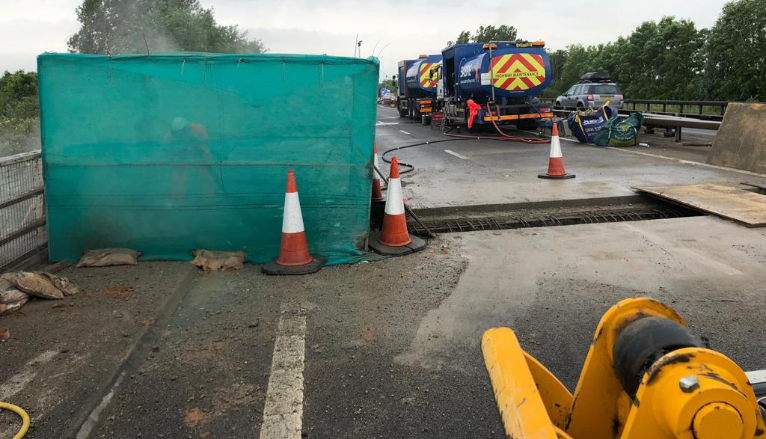 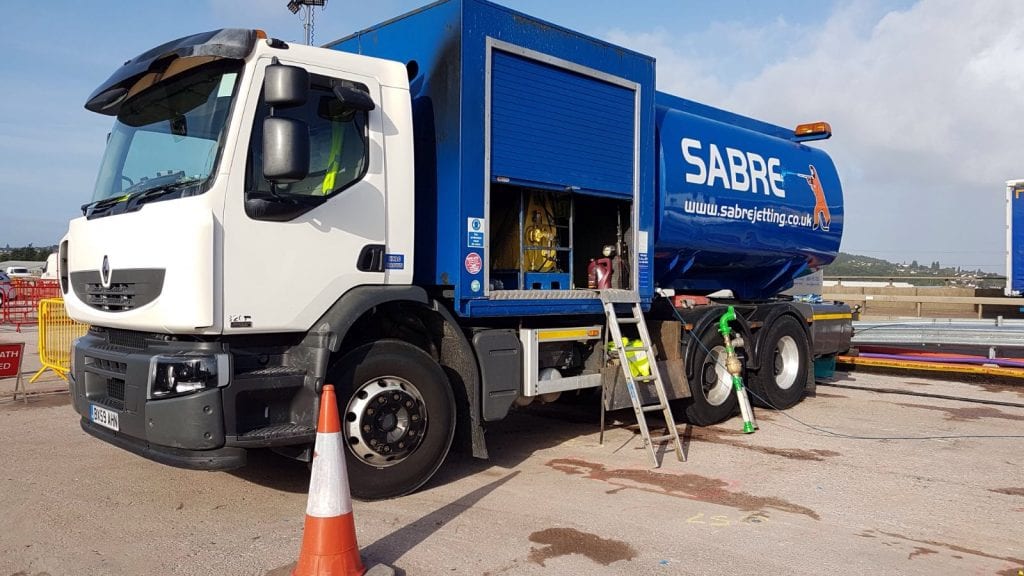 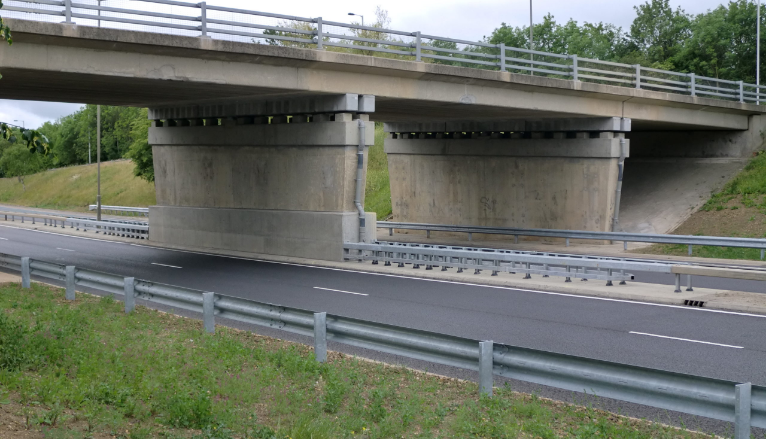 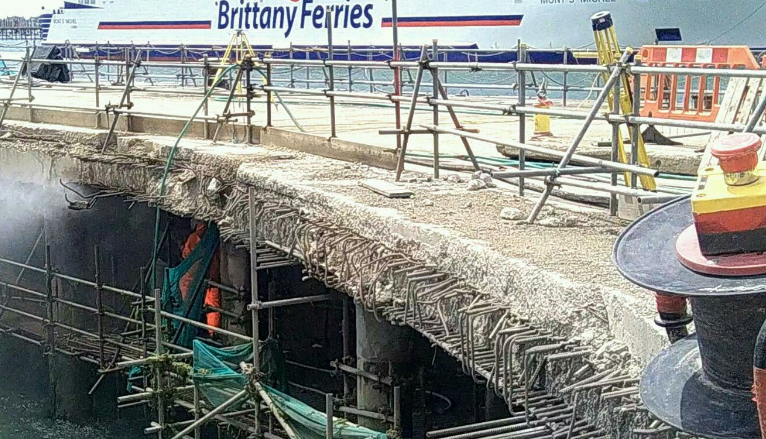 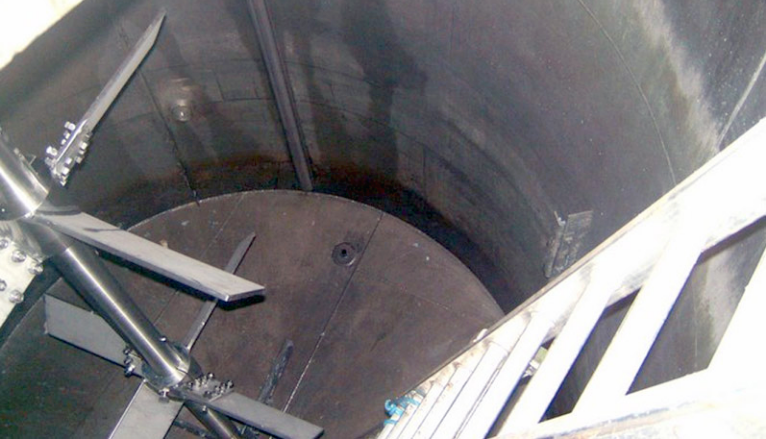